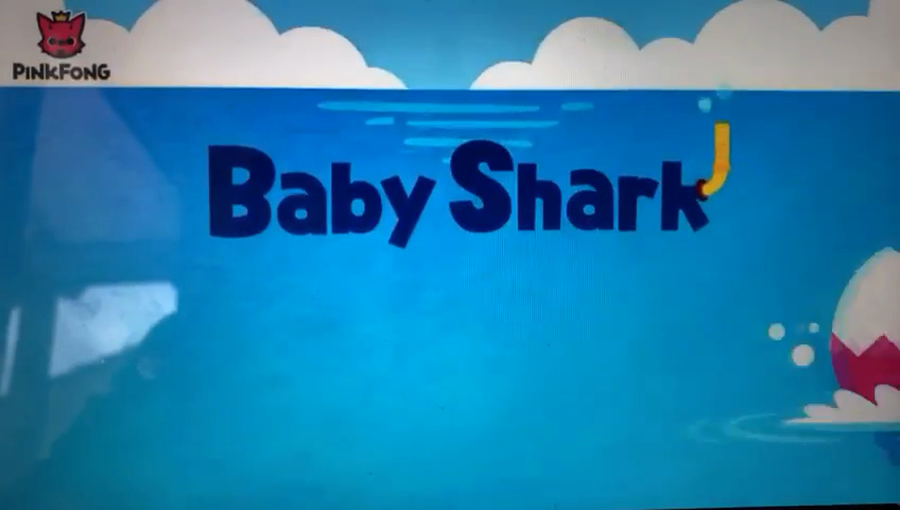 Teachers and staff from Beech Class made a special video for their students. Staff have been sending in messages for the students to help us all keep in touch.

Here are Sam, Carrie and R and Rena, 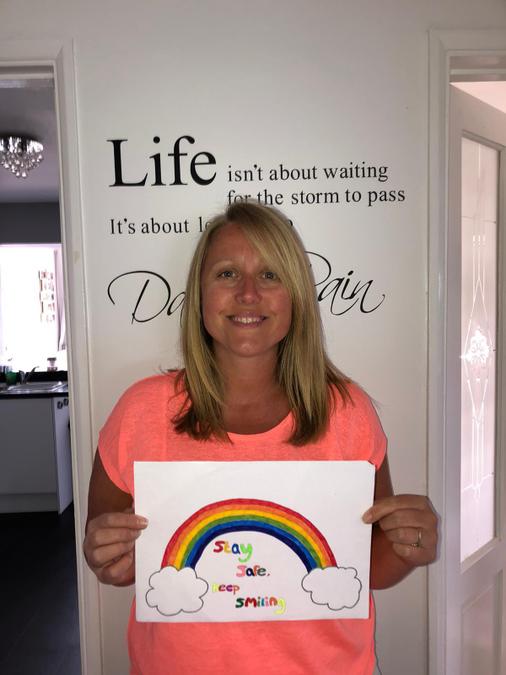 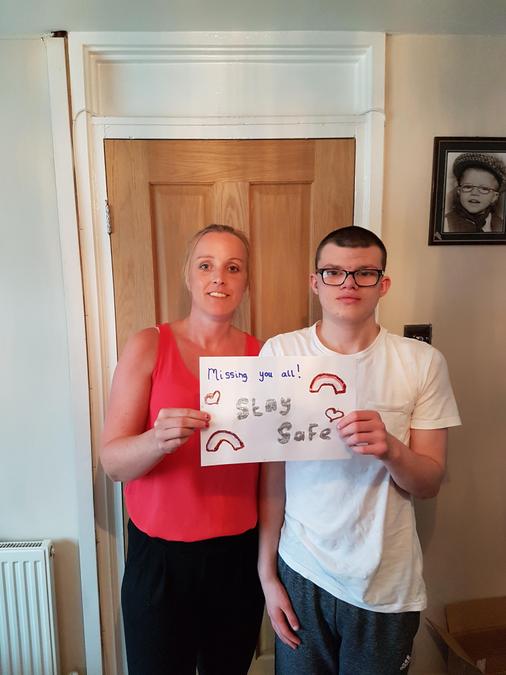 More Football on Thursday as The Shrubberies played host to The Milestones School.
We played three 15 minute games of seven a side football.
Milestones won the first two games and we won the third and final game.
Lots of people from school came to spectate and cheer us on. Lots of fun was had! 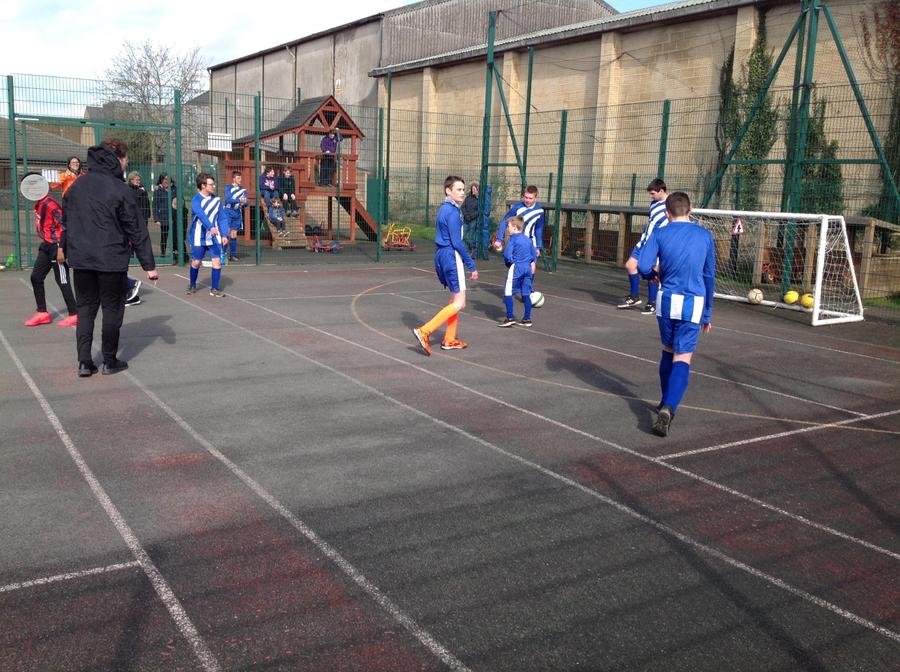 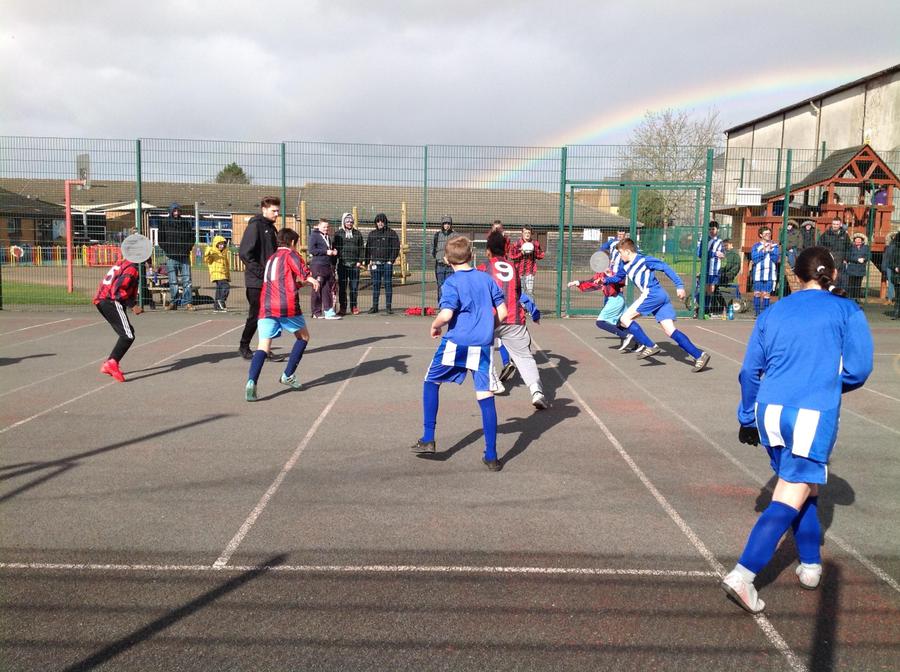 This week has been all about Football.

On Monday, the students challenged the staff to a game of football. It was a tough game and everyone got fully involved with some great tackles and also some great goal keeping saves!
The final score was 11-8 to the staff. Everyone had great fun. 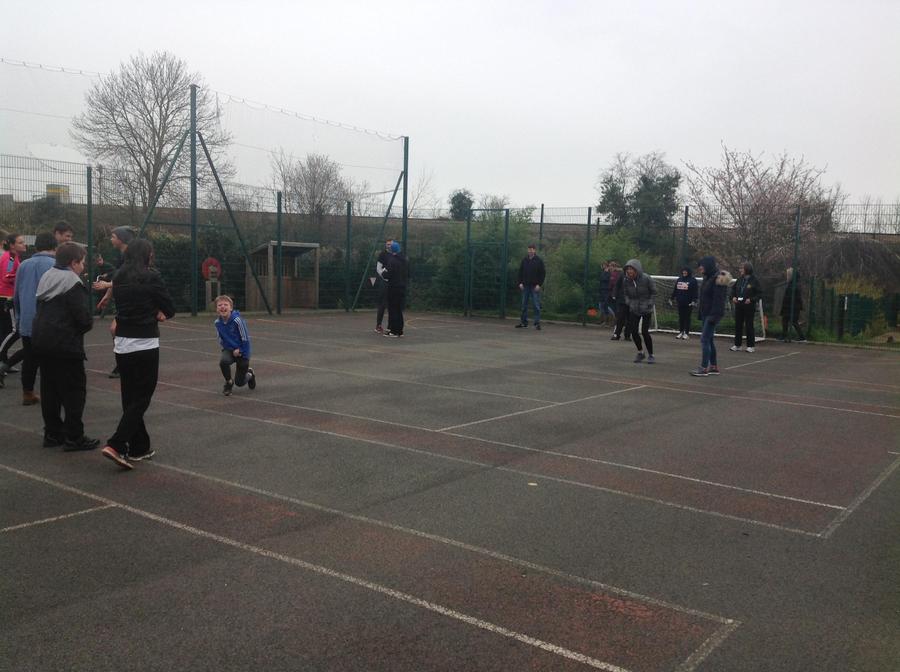 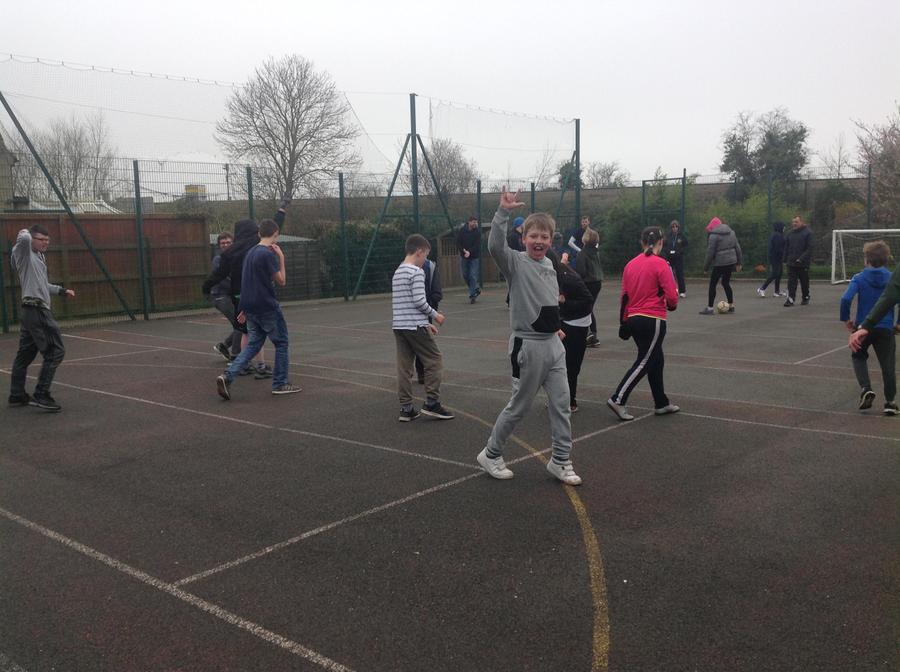 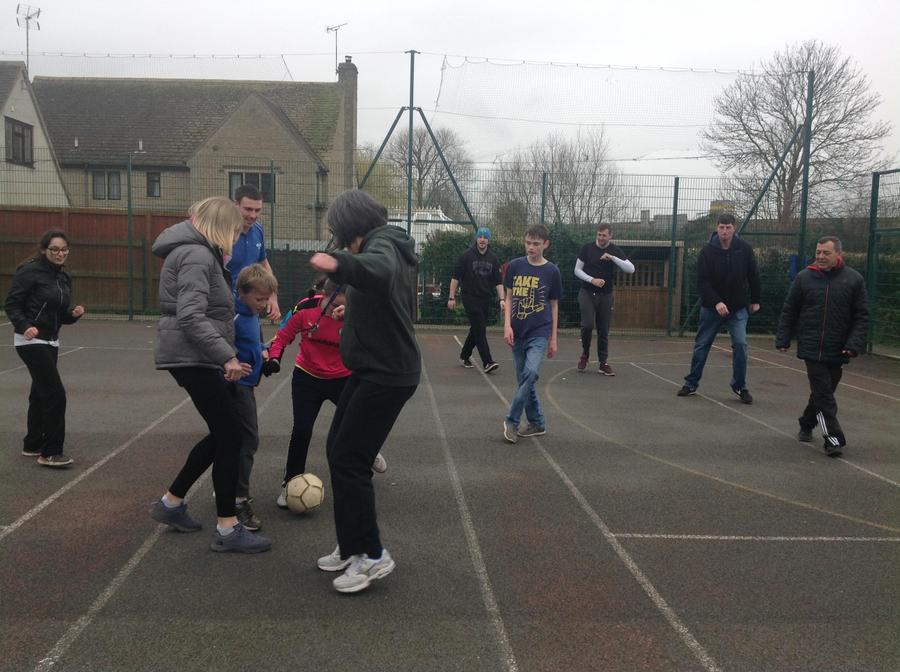 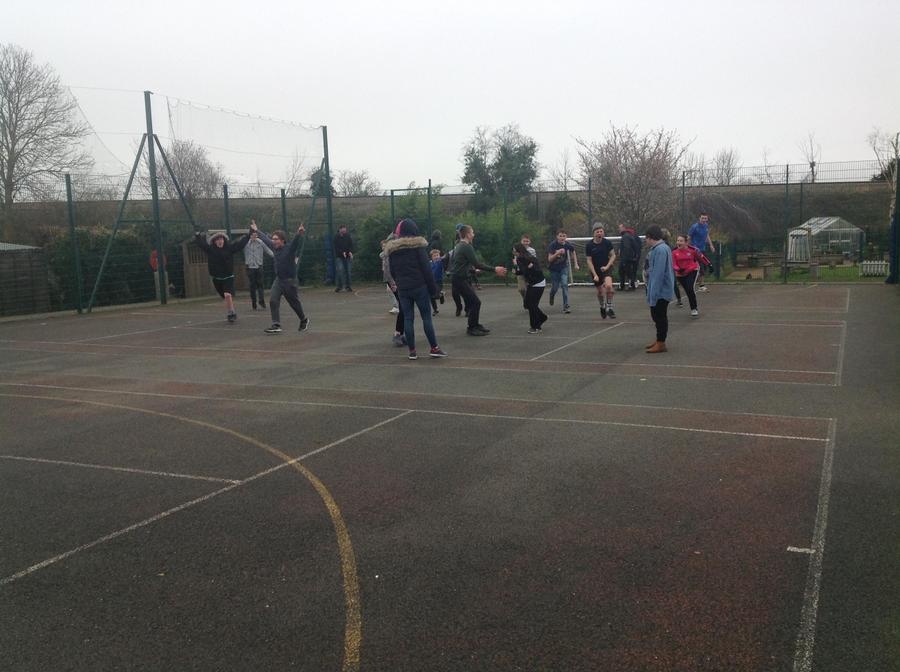 Elm Class went to visit the Soldier's Museum in Gloucester to find out more about what life was like during World War 2. We had a tour of the museum and learned about the role of the Glosters over the last 200 years. We handled original artefacts, dressed up in different uniforms and learned about rationing. One of the exhibits was a pair of Winston Churchill's false teeth! 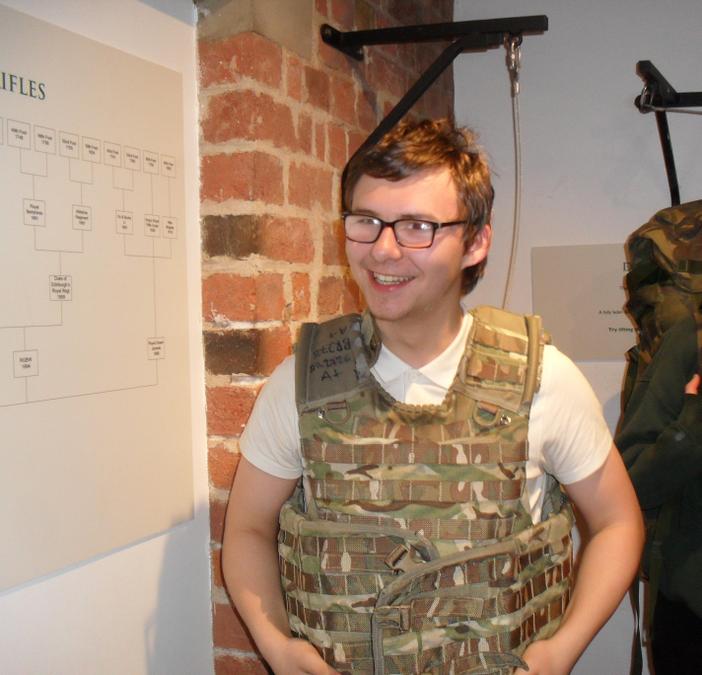 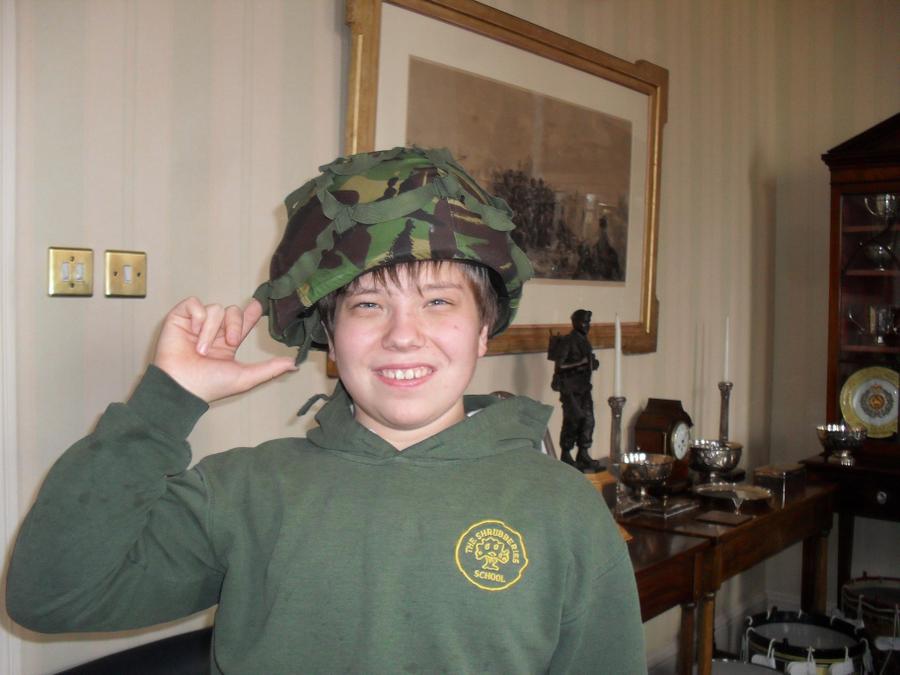 Here are just a few of the many photos we took at our recent Pro Corda trip to the beautiful Leiston Abbey. The students had a wonderful week preparing a performance of the Disney film Mulan. They created scenery, puppets for the puppet shows, choreographed their own movement pieces and composed their own music. In between all of this, there was group singing, a talent show, and time to relax and and spend time with friends. We can't wait for the Pro Corda performance at the end of the month where the students will perform for their families. 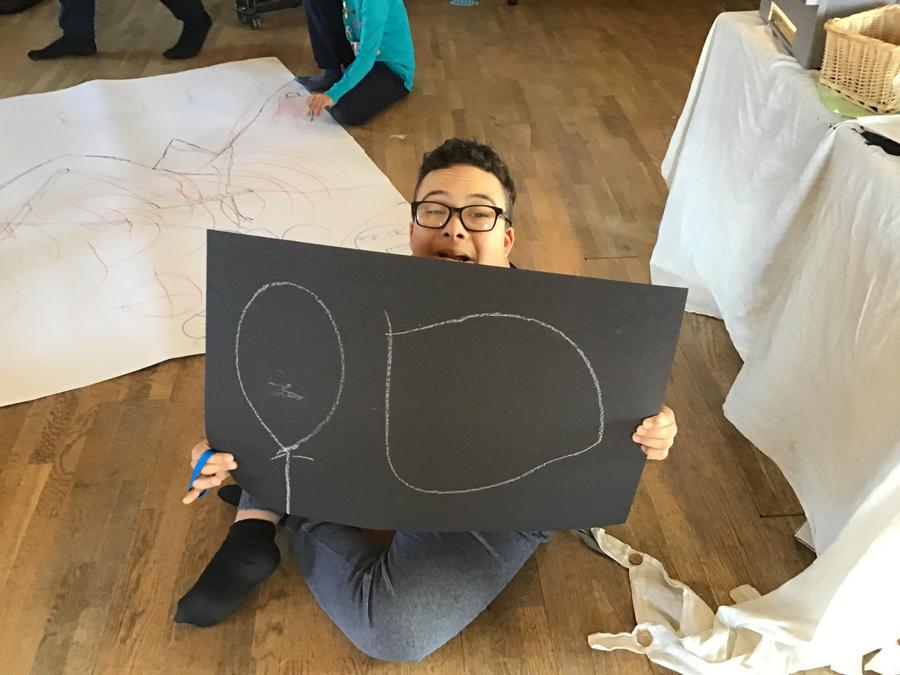 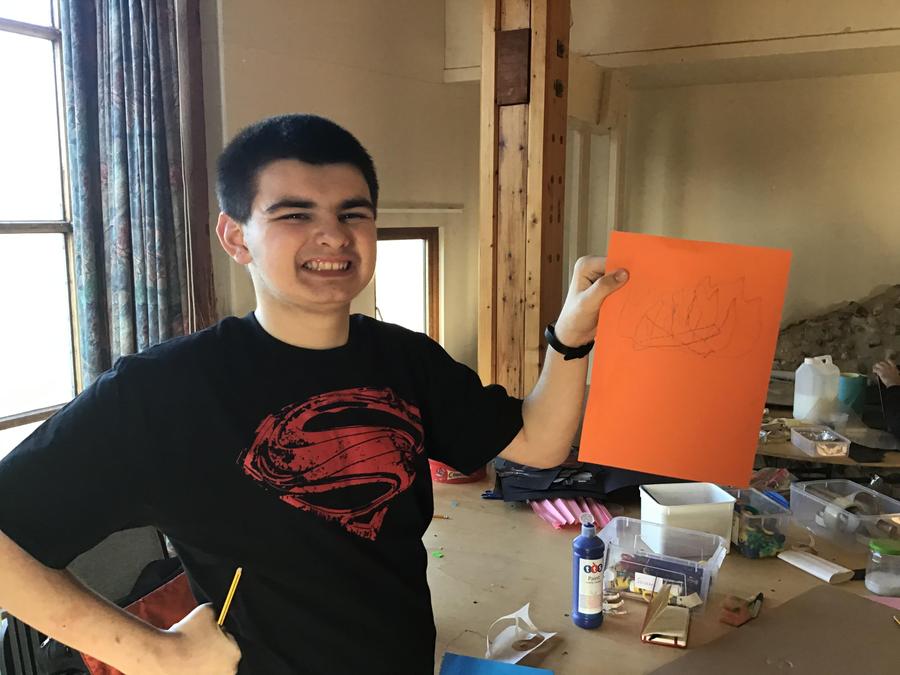 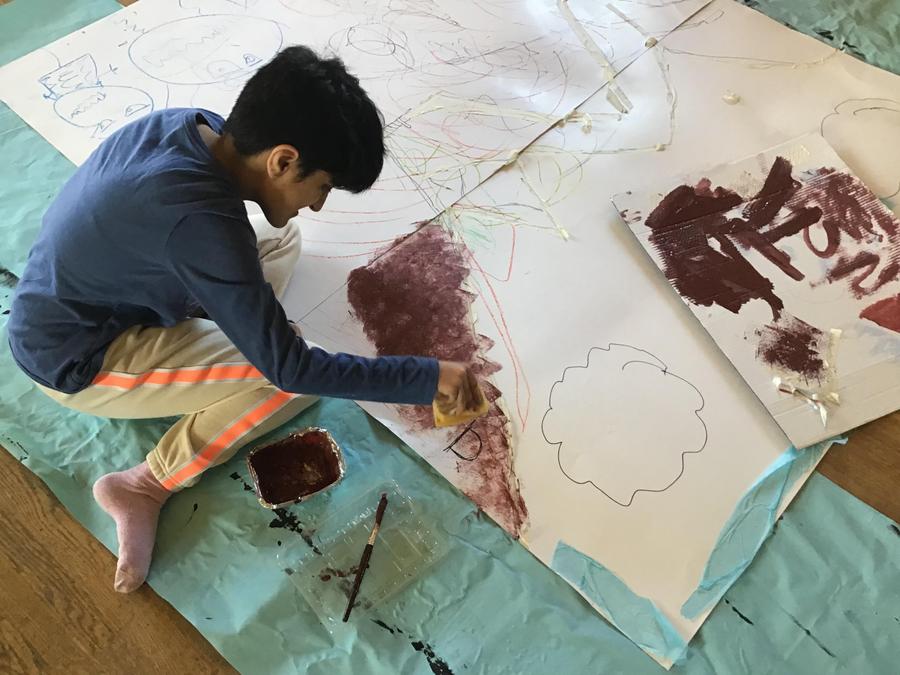 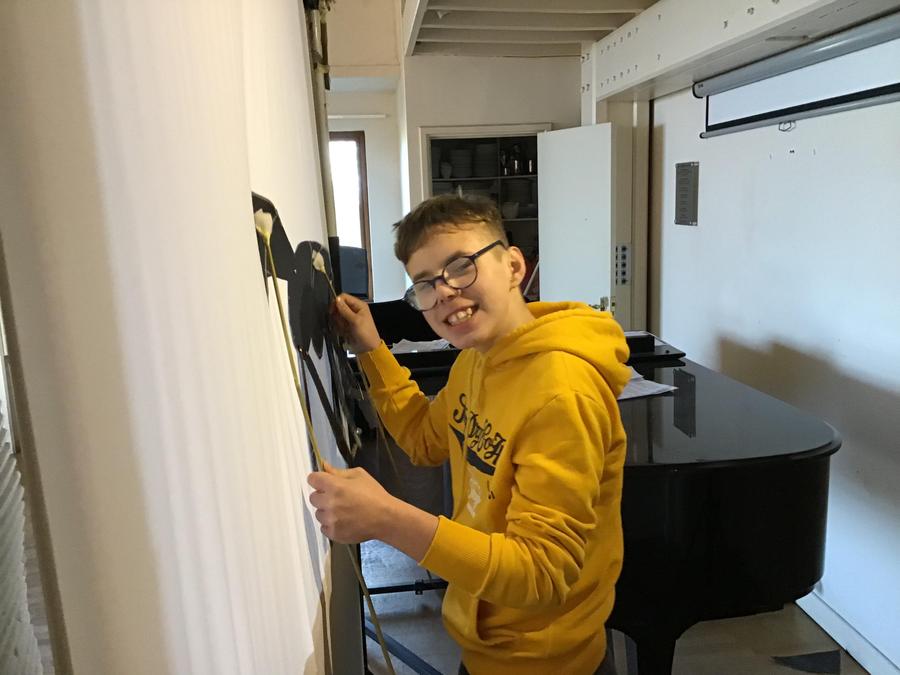 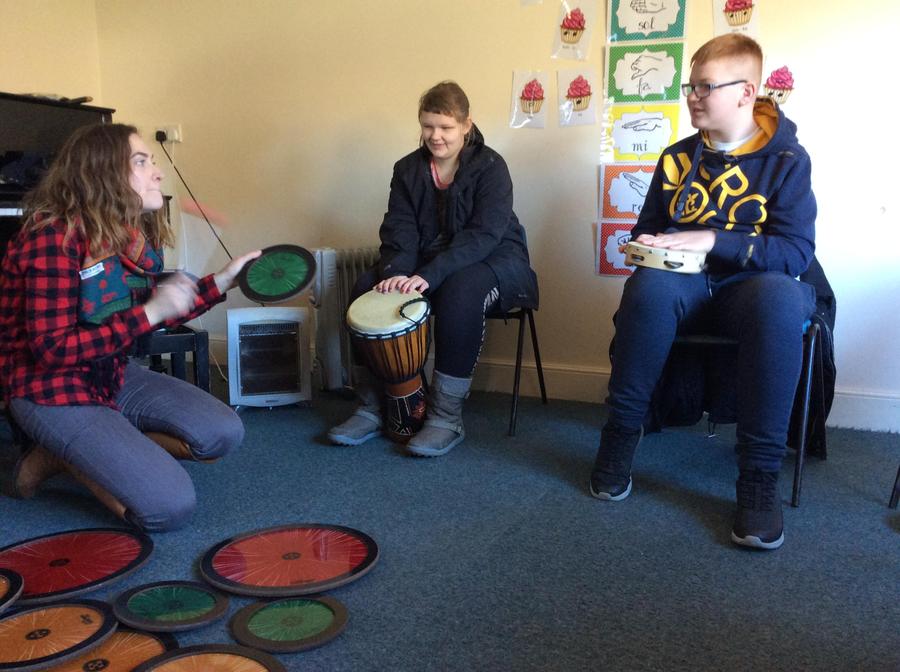 Invite you to join them at their Christingle Celebration.    2nd February 2020 at 3pm.

Please note, School Meal Prices have changed.  The price from January 2020 is £2.32 per meal for pupils. This is a new reduced price as negotiated with Caterlink.
FE1 had a special companion on their daily mile. The students took Maverick along with them. They took it in turns to hold the lead and give him commands, and learnt about being a responsible pet owner and cleaning up after your dog! Even the students who are a bit wary around dogs were brave enough to stroke Maverick and give him some fuss, and enjoyed being outside with him. They are looking forward to taking Maverick on the daily mile every week. 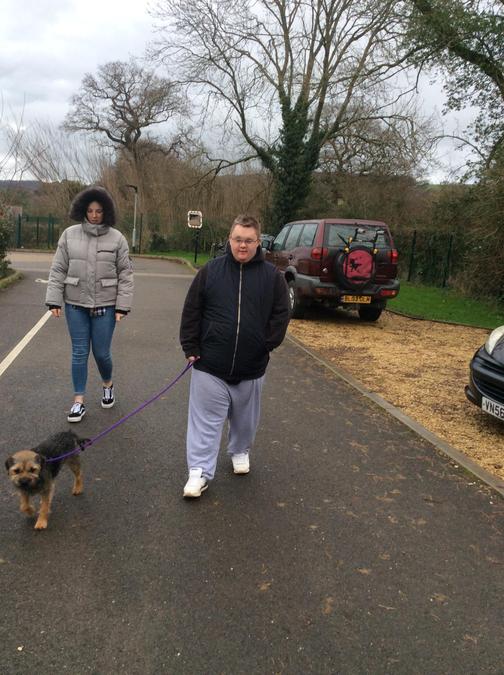 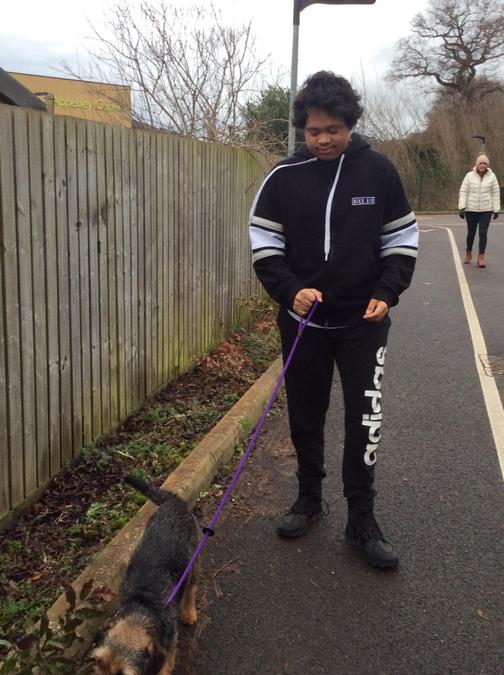 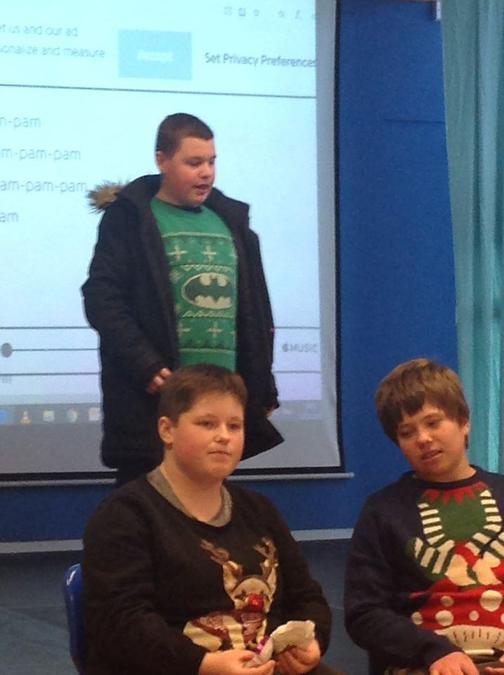 here was a very high turnout for our General Election and all the candidates received votes. Two candidates stood out and Dexter was duly appointed Shrubberies Prime Minister along with T who was voted in as his Deputy. Dexter thanked everyone for voting for him and announced he would be holding weekly surgeries to listen to the concerns of his constituents. Congratulations Dexter!'

There was mud, deep puddles and lots more mud on our day in the forest! The children were able to lead the way and navigate their way around the ‘Glow Trail’ following the arrows and clues. All the children were given high levels of independence and the discussions and learning opportunities for all far outweighed the muddy, wet clothes!

F laughed hysterically when he put a piece of flapjack in Rachel's cup of water and watched it sink to the bottom! This interest will be developed in class next term focusing on predictions of what will sink and what will float.

L challenged himself by climbing onto the wooden pig independently and saying, 'Carrie, I'm on the pig'.

Jake was able to listen well, slowing his actions down when requested which helped minimise the number of bruises he went home with!

H astounded us with his walking; he was able to walk the entire trail with verbal encouragement and a supportive physical hand on the odd occasion. 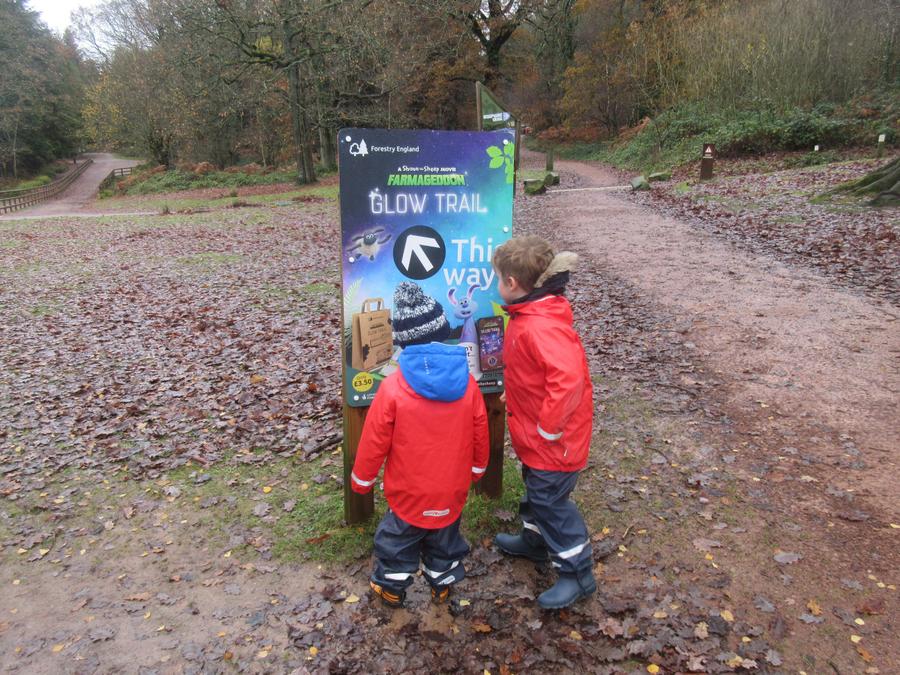 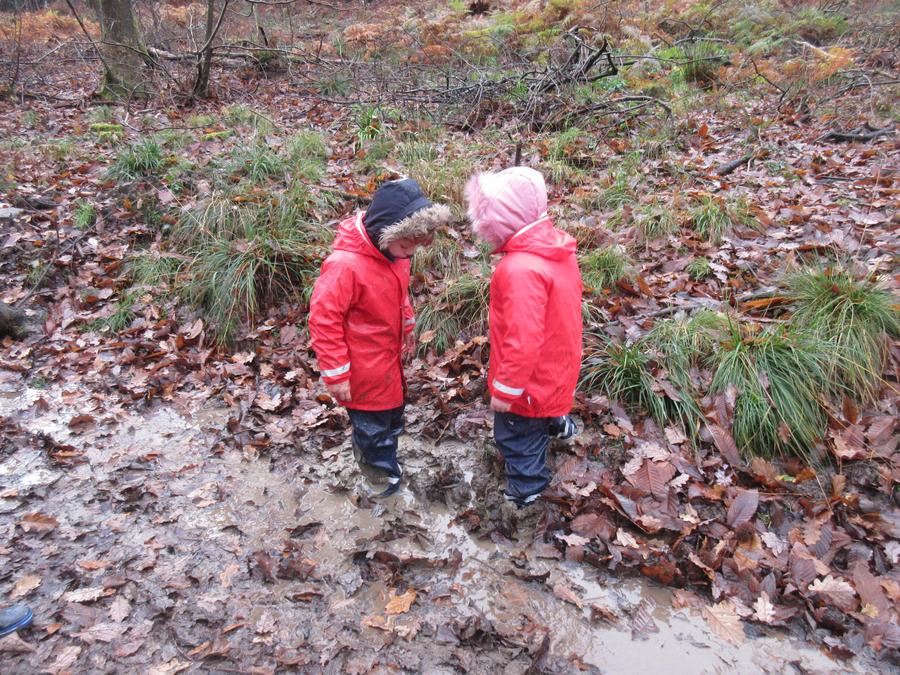 'Elm Class have been learning all about what happens in a General Election and why it is important that the public get the chance to vote for who runs our country. We talked about political issues that affect us and looked at the manifestos of some of the key parties involved in the General Election.
The students then wrote their own manifestos about what matters to them and in assembly on Friday they shared their manifestos with the rest of Upper School. They were very passionate about what they had written as they were anxious to start winning over the voters!
Students and staff will have the opportunity to vote in our very own Shrubberies General Election in school on Thursday 12th December. Who will become the Shrubberies Prime Minister? Watch this space.... 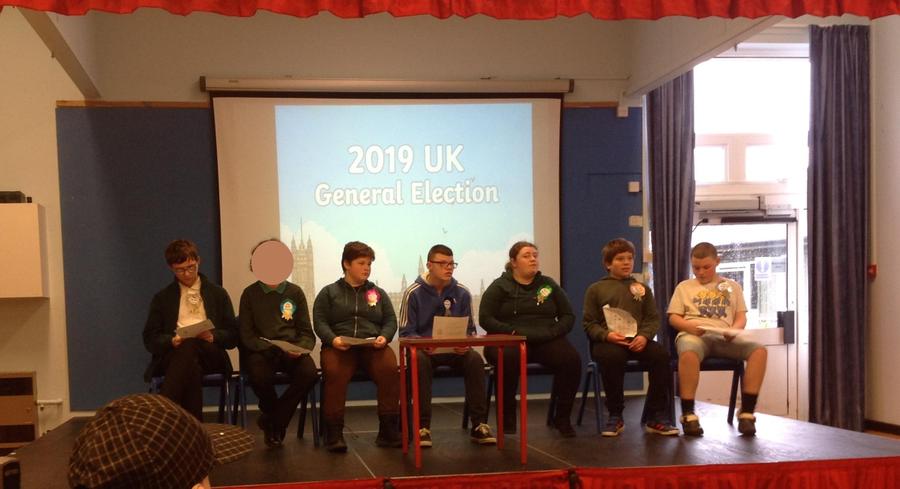 We were very excited  to welcome Gloucester's very own Super Hero Jamie McDonald AKA Adventure Man in to school. Jamie gave an assembly to the school and talked about how we all have a super hero inside ourselves!
He told everyone about his 2 Guinness world records, his 14,000 mile bike ride from Bangkok to the UK, his 5000 mile run across Canada and his most recent run of 5,500 miles across America where he encountered tarantulas and had a lucky escape from a mountain lion! He even brought his shiny new Pride Of Britain award to show us.
All of these adventures were to raise money for his charity The Superhero Foundation, which raises money to help sick children and their families. We all think he is amazing!!
https://www.adventureman.org/ 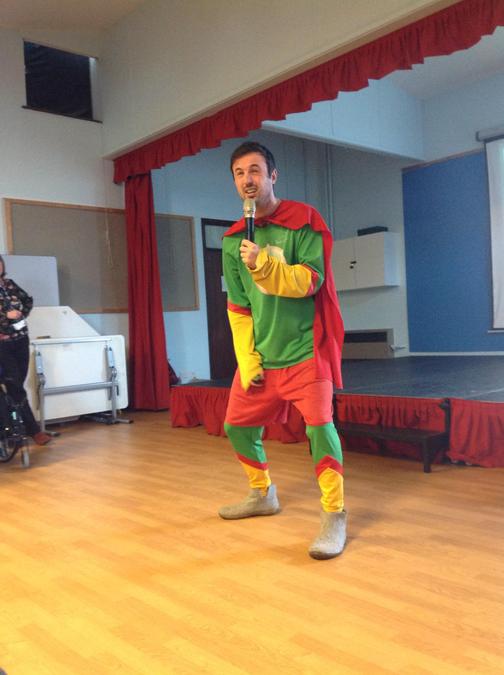 We are very grateful to HSBC who have kindly funded our new climbing frame on the playground.  Tesco Bags of Help started us off with £2,000 and then HSBC generously offered to fund the remaining £6277.40.  The Shrubberies was delighted to welcome Ryan Starr, Mark Richards and Lilian Jones from HSBC into school on Tuesday to make the presentation.  After this they toured the school and were even able to try out the Clamberstack climbing frame, recently installed by All Out Play from Stroud. Museum of the Moon

The Museum of the Moon landed at Gloucester Cathedral yesterday in preparation for our visit! The artist Luke Jerram was brought up in Randwick and attended the village school before going onto Archway School in Stroud. The installation is a fusion of lunar imagery, moonlight and surround sound composition.

The children were extremely impressed when they first walked into the cathedral. 'Wow, the moon's amazing,' said W. Having studied the moon on the computer and discussed our solar system we were able to discuss aspects of the moon and use words to describe it. 'Those are craters,' said T. Several of the children had remembered that nothing grows on the moon because there is no air, very impressive!

The cathedral held many opportunities for the children to discuss what they saw or felt. 'It's very creepy,' said L as we walked through the darker corridors. 'I can see lots of numbers,' said W when looking at one of the marble bodies. Unfortunately T's hamster had died that morning so he wanted to say a prayer for him.

Outside, H spotted a plaque with a tank on which the children had been pretending to play with in the garden the previous day, 'It's really smooth,' he said when rubbing it with his hands.

Museum of the Moon